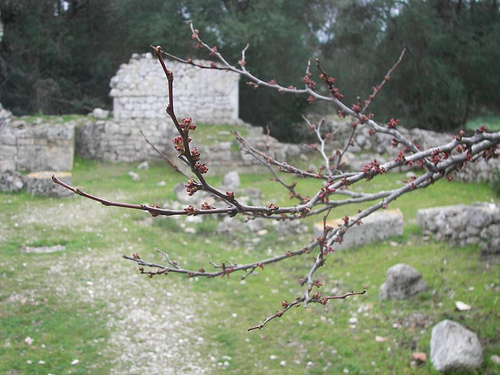 A few miles from Orbetello and views overlooking the coast of Ansedonia, What is an ancient city of Roman origin.

Founded in 273 BC, is part of the famous tourist resort of Ansedonia, a few kilometers from the village of Orbetello and its lagoon, the Roman city is from Saturnia, about 40 minutes.

The city was founded in a strategic place on the commercial side, because of the proximity to the sea, the city originally had a dense network of roads and streets, neighborhoods with well-defined and was divided into two main areas:

– The Acropolis, which is the area dedicated to the sacred rites and religious functions

– The Forum, whose purpose was to accommodate the political activities of the community of what

Important was the port of the Roman city, on the beach was in fact built the Portus Cosanus, to which were added, around the first century BC, other buildings, such as jetties and breakwaters, behind the harbor was also the Lake of Burano, that was initially used to raise fish.

After the collapse of the Roman Empire the town of Cosa began to undergo a slow but inexorable decline during the Middle Ages saw in fact the presence of the population and there was built a military settlement, but after this episode was gradually abandoned.

Today it is one of the most important archaeological sites of the Maremma, a place to discover to revive the ancient history of this area, the glorious history of the Roman people, combining the charm of the story also the charm of nature, which here ranges from hills to the sea of ​​the Tyrrhenian Sea, the coast of Ansedonia, precious seaside resort.