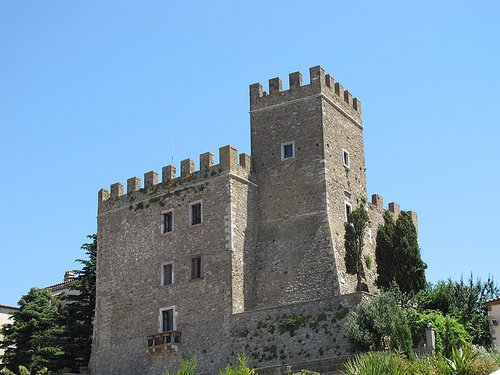 Manciano is a typical village in Tuscany, one of the main towns of the Maremma.

Manciano is located just 10 minutes from Saturnia and its famous thermal baths of sulphurous water, it is a medieval town, rich in history and monuments.

The country presents itself as one of the main towns of southern Tuscany, offering itself as a place full of monuments, history and interest, from its historic center can be admired views ranging from the sea, reaching the Argentario coast, to the mountains, with Mount Amiata, from Lake Bolsena to the hills further inland.

The Church of San Leonardo is the main religious building in the country, located in the Middle Ages and subsequently restored, it houses some paintings by Pietro Aldi Paride Pascucci and two local artists, the other is the town church of the Santissima Annunziata.

Among the streets of Manchester you will have the chance to admire the monuments of historical and artistic interest:

– Aldobrandesca Fortress that was built in the Middle Ages, was joined during the Renaissance by a Sienese Keep, and now houses the Town Hall

– Clock Tower, built under the rule of the Republic of Siena

Museum of Prehistory and Early History of the Fiora Valley, an exhibition in which there is a collection of artifacts and objects found in archaeological sites that are located near the Tuscan village